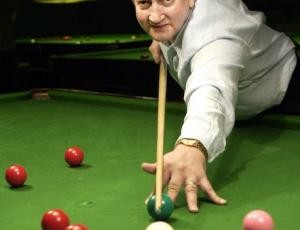 Hamilton Management are pleased to announce the signing of former world snooker champion Joe Johnson, a true legend of the game to our sporting clients rosta. Joe Johnson will be represented exclusively by Hamilton Management for media appearances,corporate. speaking engagements and selected snooker exhibitions. Joe will forever be remembered for beating Steve Davies comprehensively to win the 1986 world title and being runner up the following year. In addition to playing several senior and exhibition events Joe is also a well respected snooker pundit and analyst working with many broadcasters.Speaking about the signing Joe said; I am looking forward to working with Hamilton Management moving forward and am impressed with their professional approach so far. Speaking on behalf of Hamilton Management, Alan Hamilton said; ‘I am delighted to have secured the signature of another champion sports professional in Joe who I am looking forward to working with. Look out for some more exciting signings in the near future’