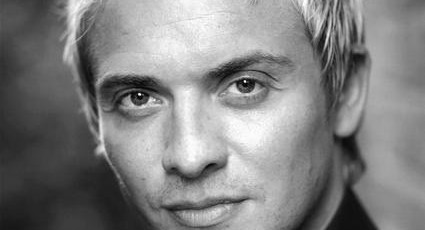 Following stage school, Blackpool born Scott Wright started his acting career in Coronation Street playing series regular Sam Kingston who famously stripped in the Rovers Return before becoming a mechanic at the garage. During his 3 year show stint Scott was nominated for a NTA award as most popular newcomer. He was delighted and flattered to win the less prestigious but more humorous ‘rear of the year’ title. Scott’s stripping was recently voted one of 50 most memorable moments in street history.

OTHER TV ACTING AND GUEST APPEARANCES:

Since leaving Scott Wright has gained several acting credits on TV notably appearing in Crossroads, Doctors , 2 episodes of Emmerdale , Shameless and more recently in Casualty. In his earlier career he played Tristan in the feature film of the same name, directed by legendary filmmaker John Boorman (Point Blank).He has taken part in reality shows  Trust Me I’m A Holiday Rep for Five and most recently Coach Trip.

Scott Wright has been passionate about health and fitness since an early age, his profile in the fitness industry has raised by training celebrities including Kerry Katona. A member of the Register of Exercise Professionals, he’s an expert in diet and nutrition,appearing on ITV’s Feel Good Factor and Kerry’s MTV show.

After completing and directing the documentary 12 weeks,  which is based around Scott becoming a bodybuilder in only 3 months he branched out into fitness and bought his own gym. He has also devised a workout for a national advertising campaign for TurtleWax and Halfords.

Over the years Scott has been a regular contributor for many national and International publications such as OK, Closer and Reveal Magazines to name but a few, these articles have often had a focus on Scott’s presenting or fitness work. He can at present be seen on Sky Television with his own show ‘The Big Workout’ on Fitness TV and GymCube.com which is a new revolutionary live internet streaming company…. Scott lists several high profile clients and company CEO’s  amongst his weight loss success stories including actors Denise Welsh, John Thompson and Happy Mondays and X Factor singer Rowetta and is a Forza sponsored Athlete..

Fitness: 2012-13 has seen Scott embark on an intensive fitness course combining this with boot camp fitness classes across the UK. His feats landed hi the Daily Mail and OK magazine in Summer 2013 for his weight loss. See http://www.dailymail.co.uk/health/article-2361886/The-remarkable-video-shows-soap-actor-ditched-day-Kit-Kat-habit-pack-3-MONTHS.html for Scott’s body transformation with the Mail on Line

Acting: Scott Wright is about to star in his first engagement for Hamilton Management as Prince Charming in Cinderella this Christmas 2013/14 at the Theatre Royal,Margate.

In his spare time Scott Wright continues to train in the gym and perform in acting workshops. He has a young daughter called Lexi.