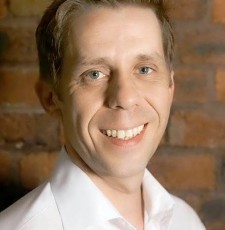 Oh yes he is, oh no he isnt! Hamilton Management client Nick Cochrane (best known as Andy McDonald from Coronation Street) is starring as Smee in Peter Pan at the St Helens Theatre Royal this xmas!  St Helens Theatre Royal proudly announce the return of Coronation Street’s very own Andy McDonald, Nick Cochrane will join in star-studded cast in their forthcoming Christmas pantomime and the whole region are invited.

After making everyone’s wishes come true in the 2011 Aladdin panto and returning as Buttons in 2012′s Cinderella, St Helen’s audiences will be pleased to hear Nick is returning for a third successive year. The show also once again stars our acting client Charlie Griffiths who has accomplished stage and screen credits.

Theatre Manager and show Director Chantelle Nolan said “Nick Cochrane is a firm favourite with the audiences, he has a great stage presence and is a pleasure to work with, and I am looking forward to welcoming Nick back this year.”

The PETER PAN panto line-up is now confirmed as BRIAN FORTUNA as Peter Pan, NICK COCHRANE as Smee, RICHARD DE VERE as Captain Hook.LEAH MURPHY as Wendy, CLAIRE SIMMO as Tinkerbell, CHARLIE GRIFFITHS as Tiger Lilly. Last but not least SIMON FOSTER as the Dame and MARC LAWLOR is Skylights the pirate.

Nick Cochrane is an accomplished versatile actor and presenter. He is best known for his 10 year portrayal of ‘Andy McDonald’ in the UK’s longest running soap Coronation Street. On TV he has also appeared in ITV1′s Heartbeat and made guest appearances on many shows from Loose Women to Celebrity Eggheads. On stage he has starred in successful theatre tours in the UK & Canada. As a TV presenter he has interviewed several football stars including David Beckham.

In 1997 Nick’s character Andy left Weatherfield to go to Spain where he remains an English teacher. Nick Cochrane has since reprised his role as Andy in 2000, 2004 and 2009 to support his brother Steve played by Nick’s friend and former school mate Simon Gregson.

2013 has so far seen him star in a new play ‘Heart and Soul’ at Liverpool’s Epstein Theatre (formerly the Neptune Theatre) for a 4 day initial run which sold out and earned great reviews.  He is next on stage this Easter starring as Scarecrow in an adaptation of The Wizard of Oz at the St Helens Theatre Royal.