Hamilton Management » About Us

Hamilton Management – About Us

By the end of 2012 the company has already worked with many clients like; BBC2, Sky TV’s Holiday & Cruise Channel, Gilbert Rugby and Tunnocks Biscuit manufacturers. We hope to work with you in the future and thanks for visiting www.hamiltonmanagement.co.uk

The company was founded in 2012 by Alan Hamilton who successfully managed TV personality Craig Phillips for 5 years 2006-2010 and was his PA & PR officer 2005-2011.During this time Alan raised and maintained Craig’s profile significantly handling several major endorsements, television and live appearances.

Alan began his career hosting his own radio show for 2 years at North Staffordshire Hospital before becoming a runner and production assistant on various TV shows such as Granada Reports (ITV1), Brookside (C4), Nice Guy Eddie (BBC1), Shine On (C4) Dead Drunk (BBC Education) and 90 minute documentary The Real John Lennon (C4). Prior to this he completed a BA Hon’s Media Production degree at Staffordshire University.

He was independently commissioned with a colleague to produce 3 x 3’ films for The History Channel series ‘A Small Piece Of History’ telling the stories of US heavyweight contender Earnie Shavers fight with Muhammad Ali, the mission of Apollo 7 through the eyes of astronaut Walt Cunningham and the story of Millvina Dean, last survivor of Titanic. The films received 16 broadcasts in the UK and across Europe.

His first acquisition success came when pantomime documentary  film ‘Just For Kids?’, was acquired and subsequently re-acquired by Community Channel and seen over 100 times during a 5 year period 2004-2008. The programme produced and directed by Alan was shot in 5 days at 5 pantomime locations and featured interviews with Frazer Hines, Bob Carolgees and Ian Smith (Harold Bishop in tv’s Neighbours).

In 2012 building on his wide and varied experience to date, Alan launched Hamilton Management www.hamiltonmanagement.co.uk  to represent an elite range of established actors, sports personalities and tv presenter experts. The aim was to establish a long term sustainable business which in due course is able to flourish well and employ talented local people in Merseyside and Lancashire, working with national and international clients. 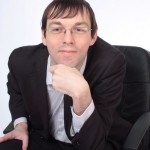