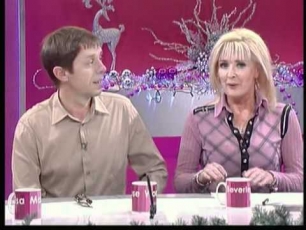 Hamilton Management are delighted to announce the signing of Nick Cochrane to our actors rosta. Nick Cochrane is an accomplished versatile actor and presenter. He is best known for his 10 year portrayal of ‘Andy McDonald’ in the UK’s longest running soap Coronation Street. On TV Nick Cochrane has also appeared in ITV1′s Heartbeat and made guest appearances on many shows from Loose Women to Celebrity Eggheads. On stage he has starred in successful theatre tours in the UK & Canada. As a TV presenter he has interviewed several football stars including David Beckham.

He was born in Manchester and at the age of 15 was plucked from school to audition for the role of ’Andy McDonald’. Within a few weeks he joined the cast of ITV1’s Coronation Street with his first appearance in the infamous Blackpool tram accident episode in 1989, the show that night was seen by 21 million viewers.

He spent the next decade on the cobbles of Weatherfield as Andy McDonald with memorable moments.

Nick Cochrane also recorded a guest appearance on BBC2’s Celebrity Eggheads to be aired this Christmas 2013 before finishing the year off starring as Buttons in Cinderella at the St Helens Theatre Royal, returning to the venue for his second consecutive season following a superb 2011 pantomime season.