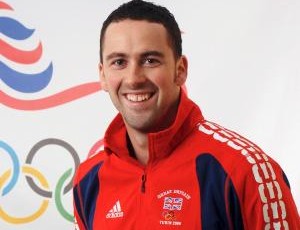 David Murdoch is a curler from Lockerbie, a 2014 Sochi Winter Olympic silver medalist, 2 x World Champion, 3 x European Champion, 3 x Winter Olympian and 6 x national champion. David is a key part of a talented winning team of Scottish curlers. He has commentated on curling for Eurosport on non playing days, holds several other curling medals and is a globally travelled sportsman. He is a proud, humble, dedicated professional and is widely acknowledged as one of the worlds top mens curlers.

Having played superbly throughout his career to date, there is no one more passionate, and dedicated to curling and winter sports as 2 time Olympian, World and European champion David Murdoch. He is a respected pro at the top of his game and is available on non playing dates for broadcast match commentary on curling and other winter sports, expert analysis, views ,opinions,interviews and column writing contributions to publications.

David Murdoch’s chequered history has given him plenty to dwell upon and he is available on non playing dates for public after dinner and motivational speaking and is comfy to speak and be on hand to present at awards events.

He is a humble professional with a warm, lively and entertaining speaking ability. At awards, after dinner and motivational events he can inspire audiences of all ages to include aspiring athletes and young people. Events like this provide an opportunity to gain an insight into the pride and passion, professionalism and determination involved in being a successful sportsman. David’s experiences of representing Scotland and Team GB at several major championships and 2 Winter Olympic games to date give him a great insight into what it takes to succeed and compete at the highest level.

David’s public speaking topics can be tailored to suit sporting or business audiences in addition to educational audiences and appropriate inspirational talks for young people of all abilities and backgrounds.

Due to his high level of expertise David Murdoch is available on selected non playing dates booked in advance for corporate curling workshops and can source other top curling professional’s to join him if required. Such workshops are available in a number of venues to include Aberdeen, Glasgow and Lockerbie. These provide a relaxed atmosphere to be taught the basics of the sport and participate in a real game of curling. It is a fun, enjoyable insight into the sport for anyone and is especially appropriate for corporate companies wishing to team build staff or impress clients. David is on hand throughout to guide on the training and gameplay and in doing so motivates & inspires, dwelling on his experiences in competitions.

David is available to support corporate and product endorsements or campaigns with a particular emphasis on sporting, fitness and winter clothing products.

David Murdoch is keen were he can to support charities and good causes he feels strongly about and is open to receiving charity enquiries.

David and his team won a sensational silver at the recent Sochi 2014 Winter Olympics to cap off a highly successful season.